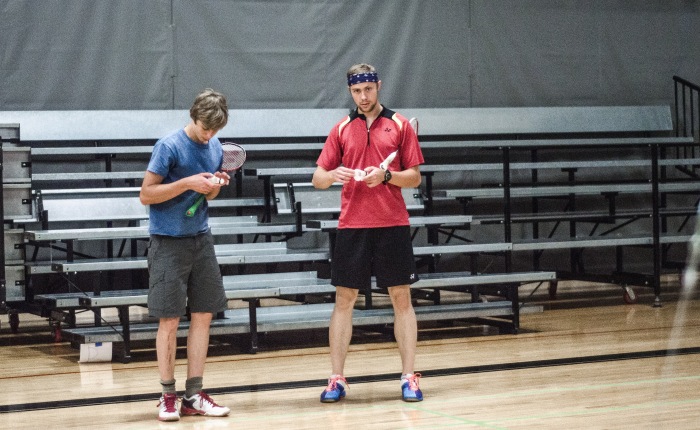 Building on the last few blog posts about training. I would like to move forward to the next topic – keeping training simple. This goes hand in hand with my past posts about focus and intentionality. It is another piece of the puzzle that I have been working on recently.

Keeping training simple has a few different aspects, and a lot of benefits. It is easy to waste a lot of time on the non essentials. I have found that in trying to fix everything at once I inevitably fix nothing. This means that the first step towards simplifying training is creating tangible and focused improvement goals. Let me give you an example.

Let’s say I need to fix my backhand side defense. Working with my coach I realize I have two major issues that are hindering all the rest. The first is a lack of strength in my left leg when I get low. The second is a technical issue of my contact with the shuttlecock. There could be lots of other things in my game that need fixed. Maybe I need a harder a smash, and need to come to the net faster. Those are things that will be addressed in “general training” all that time you spend on court doing various drills. But looking at my matches, perhaps I am rarely able to get into a position to smash and follow to the net quickly  because I end up making errors on my backhand defense. To balance my game out I will spend a significant amount of time on my backhand defense.

Following the example above I would need to keep practices focused on one of two things, my leg strength, or my technical issues with my BH defense. I could separate these into two separate training sessions. Perhaps at home I could do pause lateral lunges and RLE split squats to build some leg strength. On the court I would break my practice into a very few drills to work on my BH defense.

I kept one goal at a time – BH defense. Then I broke that goal into two main parts, and separated them into different practices. I would follow that up and keep the number of exercises to a minimum as well. Pick the most efficient ways to improve and stick to those. Make sure the quality is really high and you are staying mentally focused. Time and energy are both limited. Make the best use of both and stay focused on the goal you set for yourself.

How do you keep your practices focused on specific goals? Let me know in the comments! 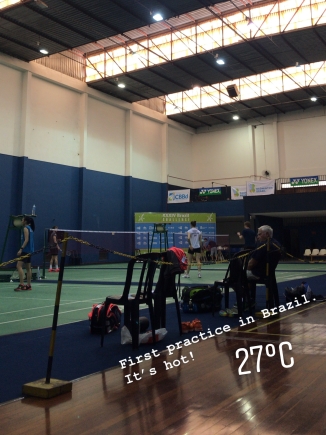 I spent three weeks in Calgary training and coaching at Gao Badminton in April. They have graciously sponsored all my training which has been a huge blessing. To prepare for Brazil International Challenge  I trained both with the group and many private lessons from Grace Gao, a former Olympian. From Calgary I flew to Sao Paulo, Brazil and got a ride to Campinas where the Brazil International Challenge was held. 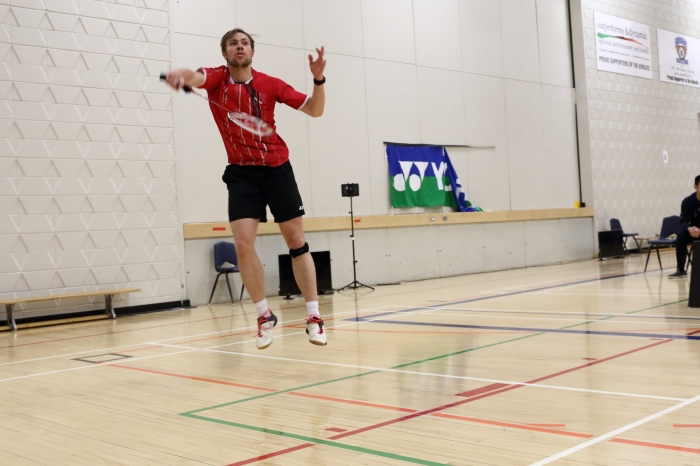 I got there on Tuesday morning, checked into the hotel and went to practice. I stayed with Kari Gunnarsson from Iceland as well as B.R. Sankeerth from Canada. We practiced together Tuesday and Wednesday morning before I played my first match Wednesday evening at 5:30. I lost the first set but won the next two, progressing to the next round. I played the second round half an hour later and ended up losing in a hard-fought, two set game. I battled some calf cramps but other than that played well. That Friday I flew back to Calgary, picked up my car and drove to Manitoba! 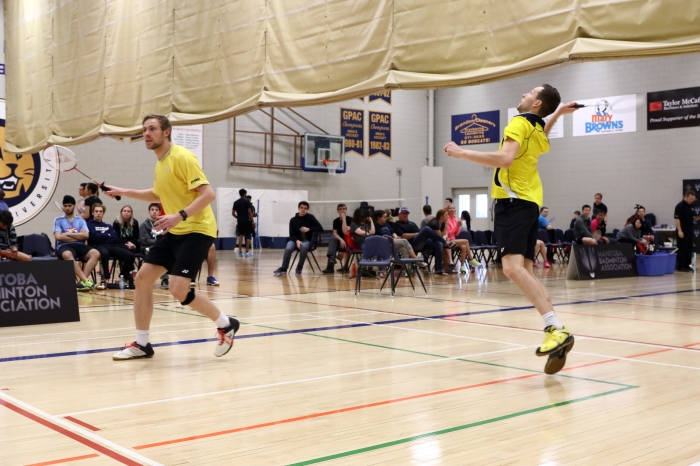 At the Manitoba Provincial Championships I played all three events. Mens singles, Mens doubles with Ryan Giesbrecht, and Mixed doubles with Mélanie Curé. I made the Mens singles final, but lost to Thien Vo in the final. I won my doubles final with Ryan Giesbrecht, also against Thien and his partner Chris White. In mixed, we lost in the quarter finals to the eventual finalists.

The Mens singles final was a great match, and one where I felt I played to my full current potential.

I am improving my game at a great rate, for which I am very thankful. Coming back from the injury has been hard, but it has also helped me refocus and I believe I will be stronger than before. 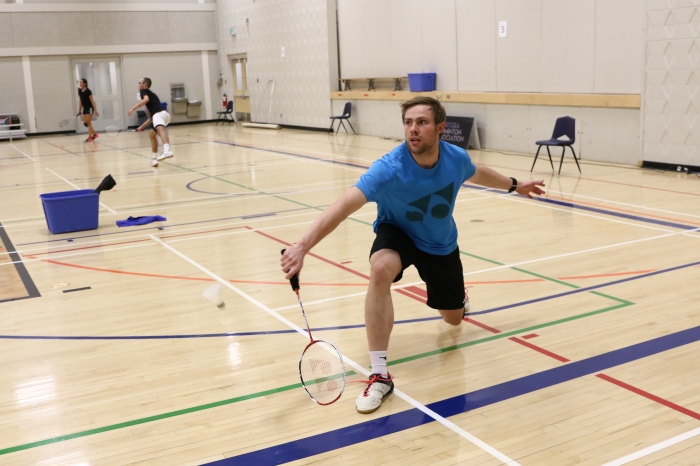 two weeks I also finished my fitness testing and body composition with Sweaty Training. I have made good progress since the injury. We are looking at increasing the rate of progress now that my ankle is healing up more. I also got a new off court program with this in mind, which I am very excited about. 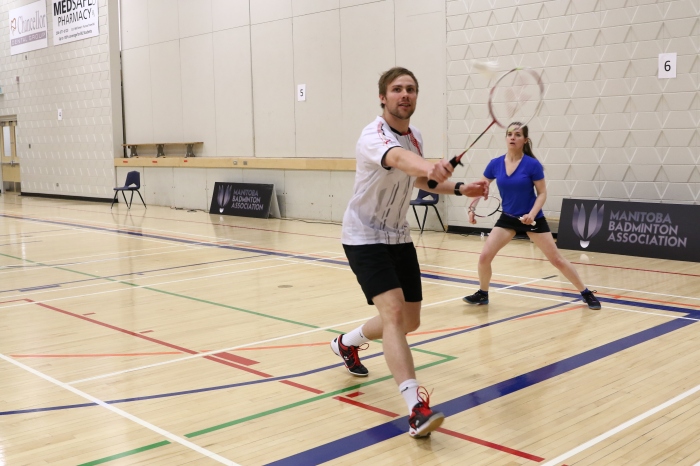 Thank you all for your support! 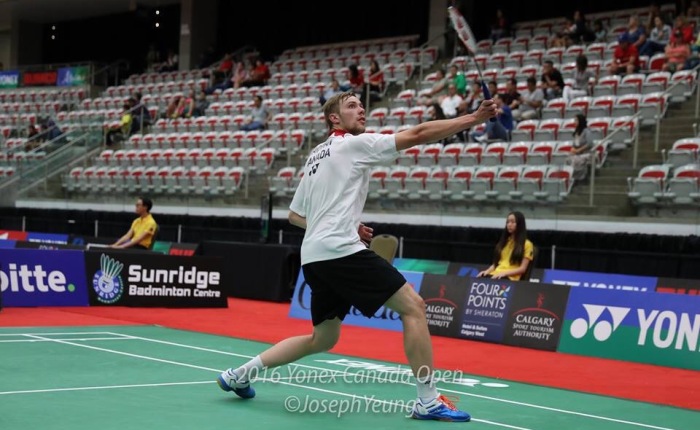 The Yonex Canada Open, MS loss in first round against Howard shu, MD loss in the Quarter Final against Toby Ng and Adrian Liu.

Tournaments are a learning experience. They say fire refines, and it exposes weaknesses. I love competing. I love the tension in the air, and the crowd cheering. I love the challenge and putting my will against someone else’s. But when it’s all said and done and you walk away, winner or loser you have to take something away from the experience. The pressure hopefully revealed something. All the training and time and effort gets tested during tournaments, and while somethings prove their worth there are always weaknesses that get exposed. Places where technically you made a mistake, or tactically were not prepared. Maybe conditioning was an issue.

In singles a lot of things became quite clear, through practice and competition. I haven’t had much sparing lately. My preparation consisted of lots of time in the gym and two and three against one practice on court along with the drills. I had very little to no game practice, or sparing. This showed through hesitant tactical decions and sometimes poor positioning.

Weaknesses, mistakes, losses – they are all part of the road forward and reaching the next step always means growing through adversity and even mistakes. What comes next? How do I go about fixing or adapting to the things I have learned? How will I find more sparing and games? Get more competition? I don’t know yet, but those questions will be answered, one step at a time.

I appreciate the help and support of those people helping me on this journey. I hope I can keep learning and growing, improving, getting stronger. Thanks all. 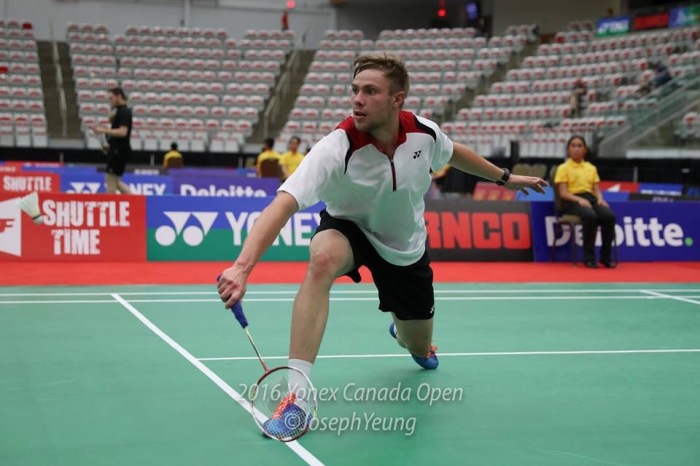 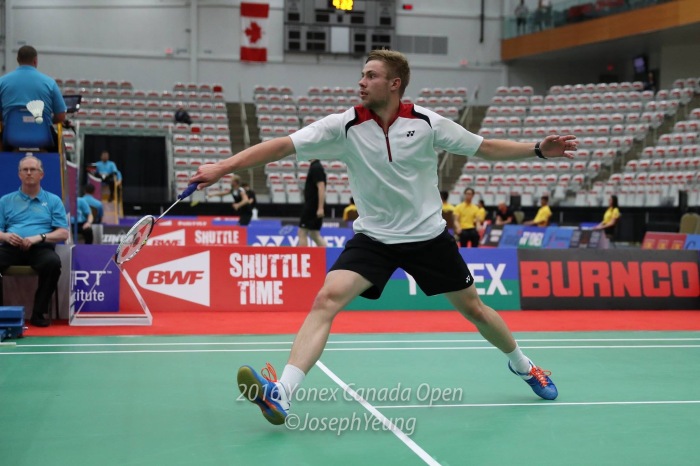